Back in the Hong Kong Playground 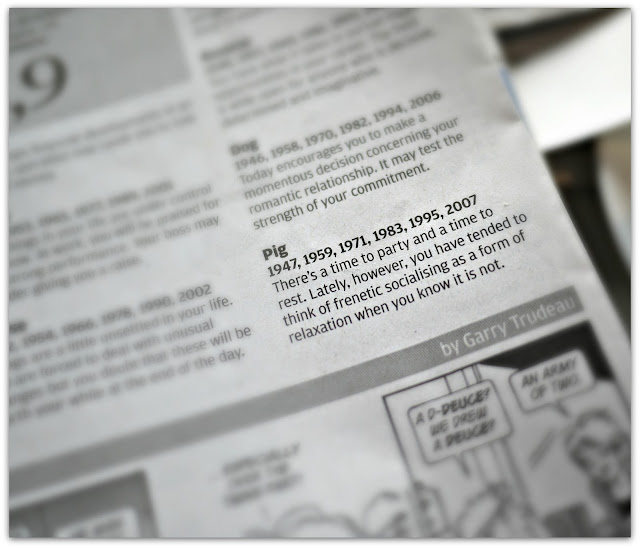 In case you're wondering why I haven't posted in a while, I'll let the sage writer of the Chinese horoscope feature at the South China Morning Post explain for me.  'Nuff said.

It dawned on me as Hubby and I were boarding our flight to Hong Kong that this would be our 10th visit.  I still find it as exciting as the first time and during that first visit we were hooked for life.

Hong Kong is an inspiring place that makes New York and even Tokyo seem laid back by comparison. From the minute we arrive we're swept up in the high octane, caffeine-fuelled buzz and non-stop night life.  These days I'm smart enough to pace myself so I don't conk out from all the action which I've done in the past. I've said many times over the years that if Hong Kong had cleaner air, I'd pack up all my worldly goods and move here, no question about it. 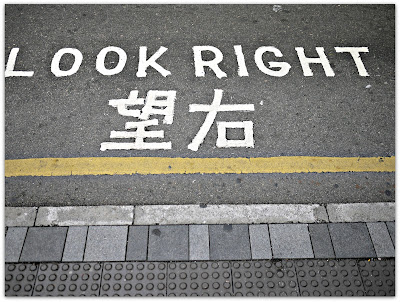 Hong Kong is very modern and very ancient.  It's rich and it's poor.  It's beautiful and ugly.  It has some of the world's best restaurants and some of Asia's tallest buildings and because of its liberal policies, low tax rate and an enviable history of free enterprise, businesses can grow and flourish here without government intrusion.  They also have kick ass internet speeds.  Pretty much the exact opposite of our life in Monaco.

Moments after we dropped our bags at our hotel last night, we shot forth for dinner at one of our favourite haunts, T'ang Court in the Langham Hotel.  Our heads were swirling with jet lag but we were starved so we're lucky that the restaurant is only a few minutes away by foot. 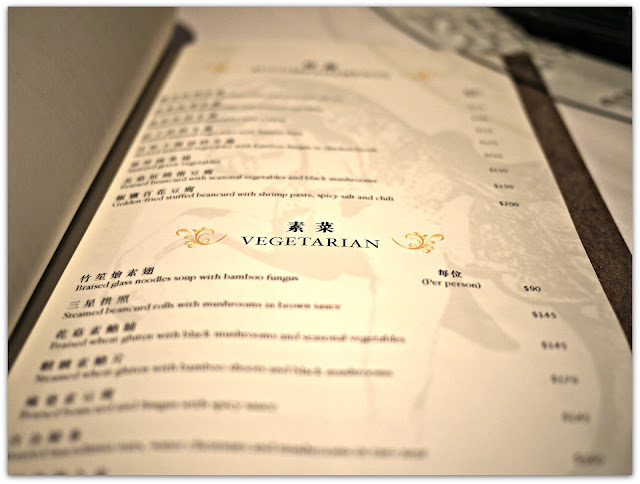 I wrote about T'ang Court as the place where I'd like to have my last meal if the world were about to end and every year we return just to be sure it still holds true.  I'm happy to say that it does and they've revised their menu recently and added some new dishes to their small but varied vegetarian menu.

They have some competition this year though. I've made a list of new places I'd like to check out during our visit, each of them with a generous vegetarian menu or looked like they'd be fun to try. I'll report any memorable finds.  The pace at which restaurants come and go here means you have to seize the fork and the moment while you can.

This being the year of the snake and the lunar new year only a few weeks away, I was surprised at the lack of snake paraphernalia floating about.  It's quite different from 2011 when it was the year of the dragon and everywhere you looked it was it was dragon this and dragon that. I'll have to ask my Chinese friends this week exactly why that is.

I did see some snake dishes on the T'ang Court menu though.  I guess this is where all the snakes are, at least for now. 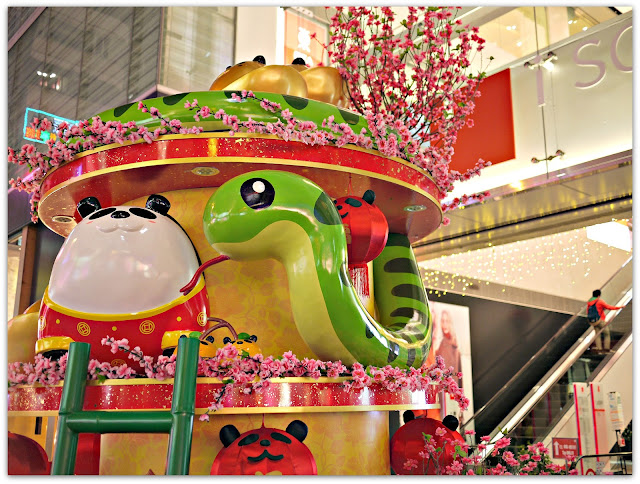 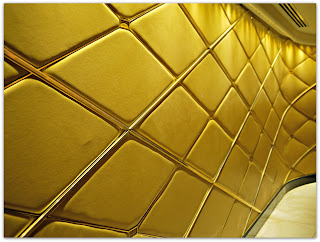 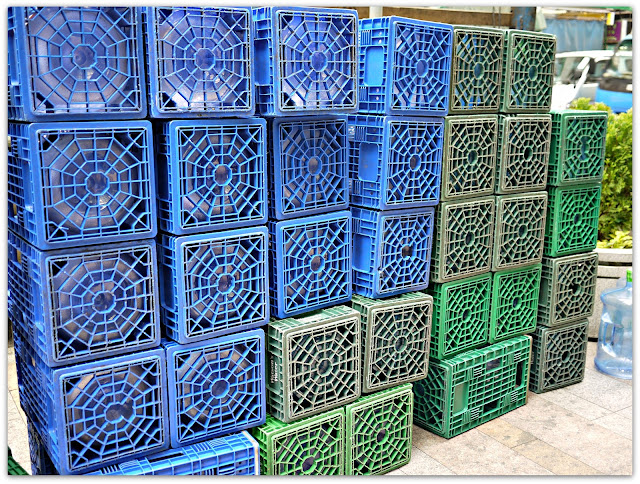 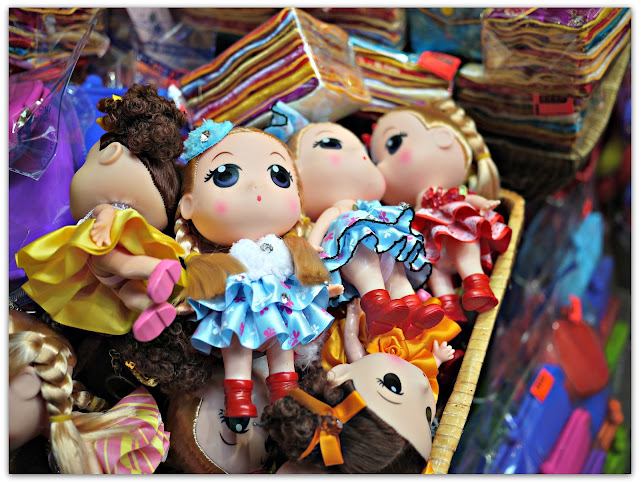