A Bright Spark on Sparks

When the new Sparks Street Farmers' Market made its début a few weeks ago, I power walked right over there like nobody's business to take a look.

When I arrived, I felt like a tourist, with my camera slung around my neck, snapping pictures and staring up at the beautiful, imposing stone buildings, all goo-goo eyed like a foreigner visiting Ottawa for the first time.


The truth is that I can't resist a new farmers' market and Sparks Street has always held a special place in my heart. 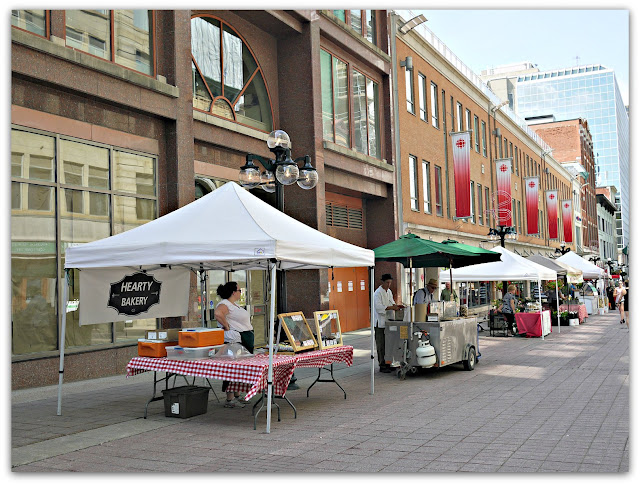 I grew up in Ottawa and when I was a little girl, my dad would pile my sisters and me into the car and off we'd zoom down town to pick up my mother who worked at Metcalfe and Sparks. More often than not, we got there early and my dad would treat us to some freshly roasted giant cashews from the now defunct Morrow's Nut House or if we were really well behaved, we'd score a trip to the Green Dragon Chinese Gift Shop to buy some cheap but fascinating Chinese do-dads. I'm heartened and somewhat amazed to see that it's still there, a bit dustier and more charmingly dishevelled than I remembered it.
As an adult, I grew to appreciate the architecture along Sparks Street and I think the buildings are some of the most beautiful and majestic in the city.  In my opinion, with these buildings as a backdrop and the peaceful luxury that only a "pedestrian-only" policy can provide, Sparks Street is a perfect place for a market. 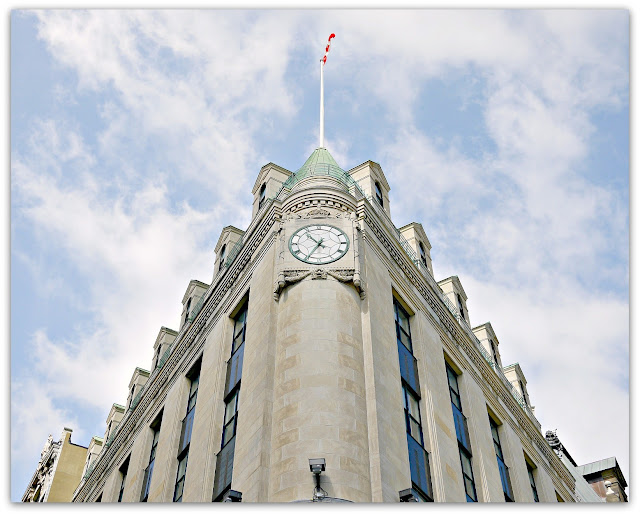 On opening day, there was just a handful of vendors whose booths started at O'Connor and ended at Bank Street. I was happy to see some familiar faces had taken their chances and were giving the new market a go.

The always charming Mike of Ottawa Valley Honey was there, and when I saw him at the Brewer Park Market a few days later, he told me that business had been both brisk and profitable. Just Farms, Hearty Bakery and Art is In were there as was Theressa Cummings of VaVa Vegan with her tempting vegan sweets and clever display.

There were two new faces, Rob and Ken of Trie who brought a portable crepe making cart along with a supply of fresh and dried mushrooms and unusual wood products.  When I arrived they were in the midst of whipping up some buckwheat crêpes filled with cheese and arugula. They told me that as the season progresses they will be selling their own home grown hazelnuts, nectarines and more mushrooms.  I bought some of their fresh shiitake which looked as though they'd just fallen from an illustration.  They were delicious grilled.
I think the Sparks Street market is off to a good start.  I remember the Lansdowne Farmers' Market in its infancy when there were just a few stands and a handful of customers clustered  around the entrance to the Cattle Castle and look at it now.  Who would have predicted it would become the huge hit that it is today?

Will Sparks Street ever become a destination market?  Perhaps.  I think it's perfectly situated for residents who live nearby in the condos that are seemingly popping up everywhere in the down town core.  If it's to succeed I think it needs many more vendors.

For now though, I imagine that curious tourists and people who work down town would be happy to pay a visit and buy all those good, locally made and grown goodies right on their stone doorsteps.

You should check it out too. 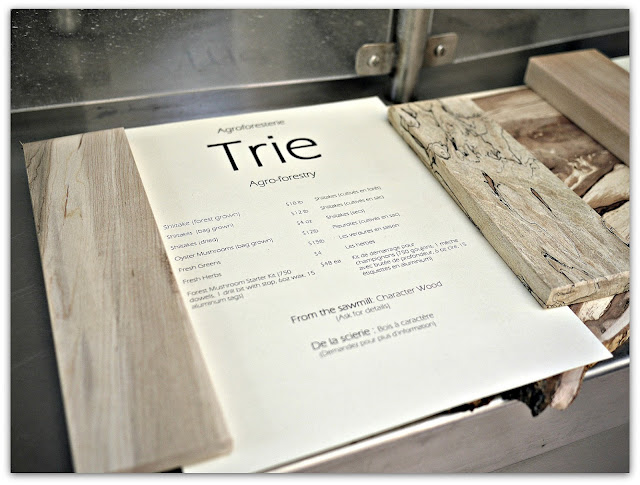 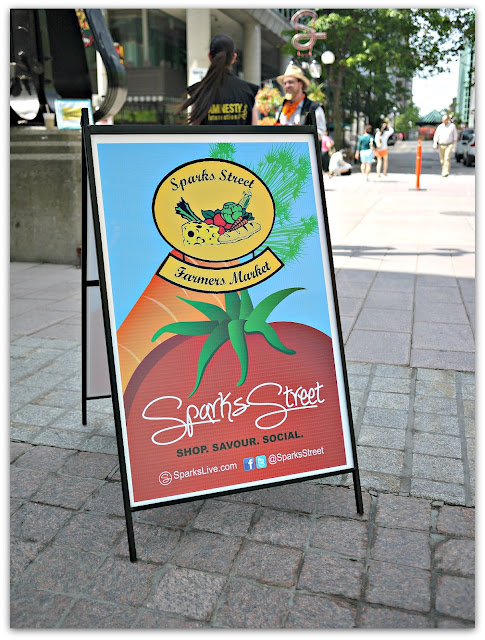