When gifted photographer and fellow food-obsessed friend Ayako invited me to join her for a day of foodie exploration in Nice I jumped at the chance.

Ayako is as demanding and as curious as I am when it comes to food, probably more so and she's been roaming around in Nice lately, weeding out the good foodie places from the bad and the ugly. During her outings she's been texting me photos of her gastronomic discoveries that leave me crazed with envy and wanting to share some of the fun.
Even though it's only a half hour drive away, I can count on my fingers the number of times I've visited Nice since moving to Monaco over a decade ago.  Compared to the gentility and safety of Monaco, I find Nice rather edgy and unfriendly so it takes something really worthwhile to blast me out of my cocoon and down the coast.  This foodie day was it.

We agreed on the Cours Salaya as our rendez-vous point.

The sky was an achingly clear blue and about 13°, perfect weather for exploring the narrow streets of Nice's Old Town.

On Mondays there's a fun, but expensive, antiques market. Today being Tuesday, the vendors sell fresh food and flowers with some soaps, tea towels and some charming artwork for tourists thrown in to the mix.

After roaming down both sides of the Cours to see what was on offer, I was somewhat saddened to see that out of the 30 or so vendors, just two were producteurs selling their own locally grown products - all the rest were resellers.  This sent a bit of a chill down my spine.  I've been seeing over the past few years the number of Paysan vendors dwindling and close to extinction.  So sad.  On we ventured...

Ayako and I spent the day roaming around, visiting some of her new food discoveries and when it was all said and done, we spent a wonderful day together which included a vegetarian lunch and abandoning ourselves to some delicious pastries - something I rarely do. The other shoe dropped when we had a flat tire and encountered perhaps the rudest woman we'd ever met in the parking at Nice Etoile. So it goes...

I thought I'd share with you some photos of Nice and what we saw during the day.  Maybe you can join us next time? 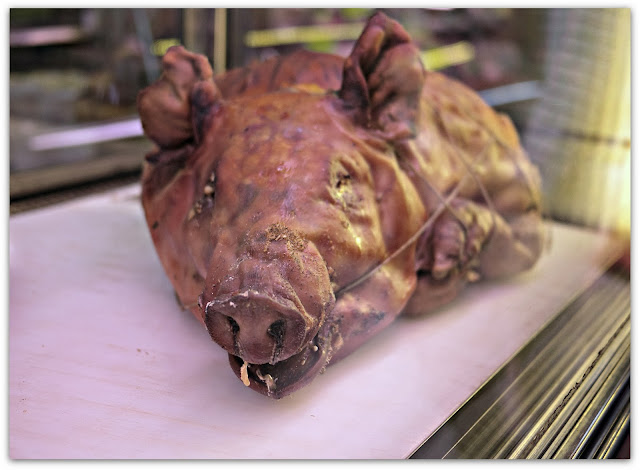 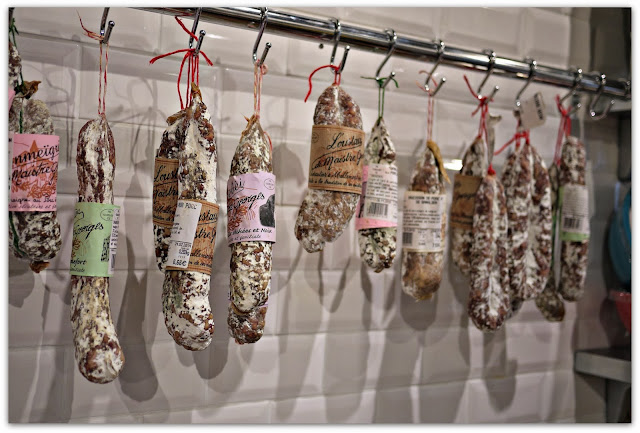 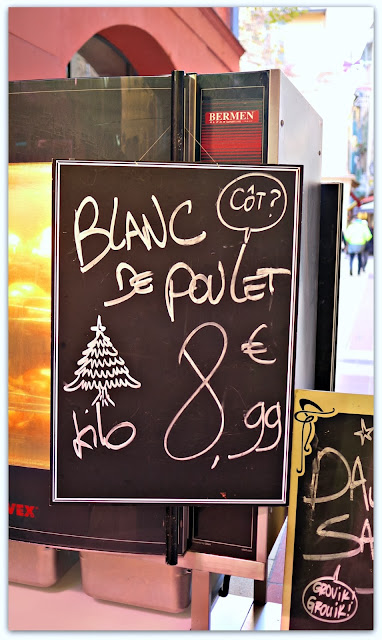 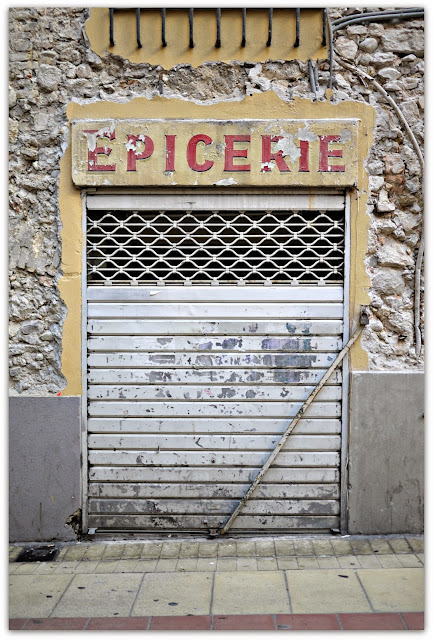 A Starbucks for Monaco 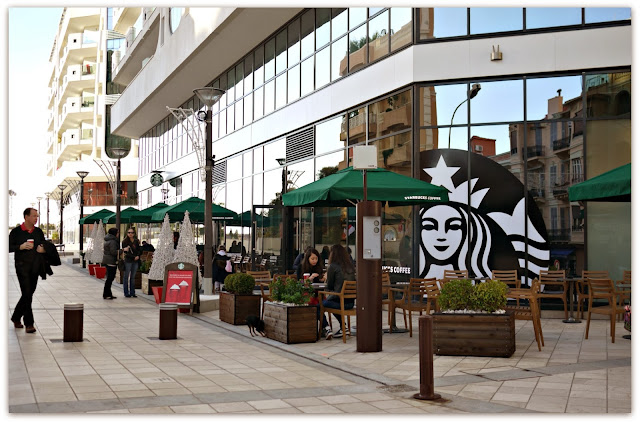 When I arrived at Monaco's brand spanking new Starbucks this morning, there was an empty dark grey Lamborghini parked on the sidewalk out front, idling away. 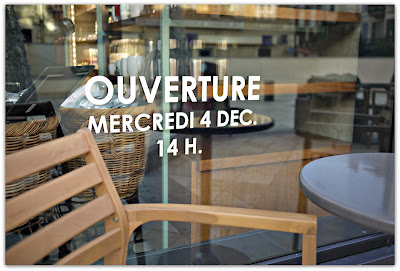 By the time I'd pulled out my camera, its owner had left the shop with a distinctive Starbucks paper cup in his hand, slipped into his car and roared off.  I imagine this will be a common scene from now on. The idea of "take out" coffee in a paper cup doesn't  exist here.

On Wednesday, Monaco's first ever Starbucks opened to great fanfare, ribbon cutting, and the revelation that Princess Charlene along with two local businessmen were the driving force behind it.  Hats off to them.  The café scene could use a bit of shaking up around here.

Monaco has a huge number of cafés, buvettes and tea rooms but most of them are what I'd call  "Old School."  In other words, a bit frayed around the edges, uncomfortably cramped, and frankly, unwelcoming.  On the luxe end of the spectrum are tourist haunts like the Café de Paris where for €20 you can get a weak pot of tea and watery hot chocolate served by war-weary, surly waiters.  Alas, what you're really paying for there is a luxurious perch from which to people watch.  Truth be told, for €20 it's quite the show!

Many of the old guard café and shop owners seem to harbour an innate disdain and suspicion towards foreign brands, especially those which may alter the status quo or steal patrons away from them. 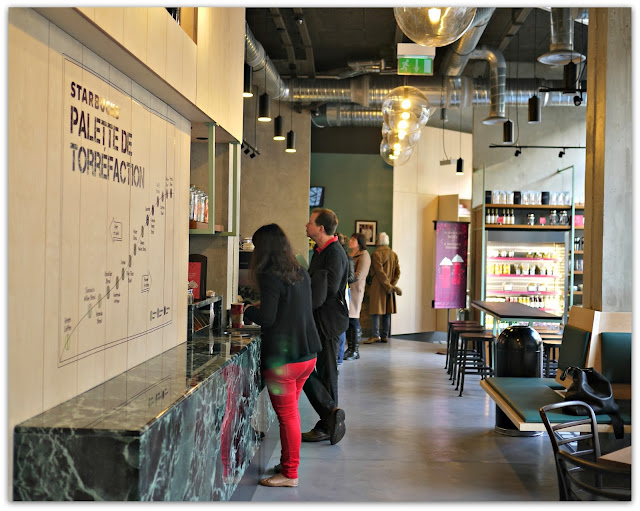 So along comes a shiny new Starbucks in the bottom corner of a shiny new block of apartments, shaking things up a bit. To begin with, its interior and sprawling terrace are extravagantly spacious for the Principality where commercial real estate costs an average of €25,000- €50,000 per square metre.

When I walked in this morning to take a peek, there was pleasant music playing in the background, a lively buzz, and staff who were smiling and helpful. Such a fine sight to see that they offer soy milk as an alternative to cows' milk.  This is completely unheard of in these parts.  What a breath of modern fresh air it all is.

Since I never drink coffee, today was about the 5th time I've ever stepped foot in a Starbucks. I guess you could say I'm mostly indifferent about the brand because I've never really had the need to go into one.  All that changed this morning.  I've already made plans to go there with some friends après-skating on Wednesday to check it out.

As they say, location is everything.

I dragged Hubby and some curious Canadian friends to Starbucks last Wednesday afternoon, après-skating so we could share the Starbucks experience together.

When we arrived, there was a very slow moving line that snaked out the door.  When we finally got to the counter to order, it became clear why the line was moving at a snail's pace.  Suffice to say that more staff training and a sense of hustle is required.  Generally speaking, in my experience, efficient American service doesn't translate into French.

Other notes:  unfortunately they used UHT milk in their beverages but to their credit, they used soy milk that was not too sweet.  Hubby also noted that his cinnamon bun was stale.

Nonetheless, despite its faults, I think I'd go back on my own for a steamed soy milk and just to sit in a spacious, modern café and access their free WiFi. 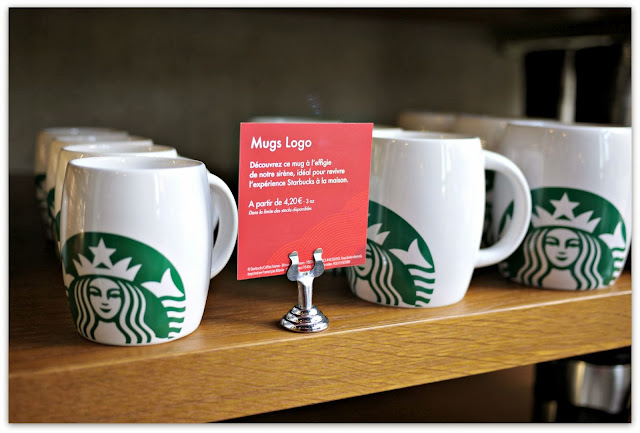 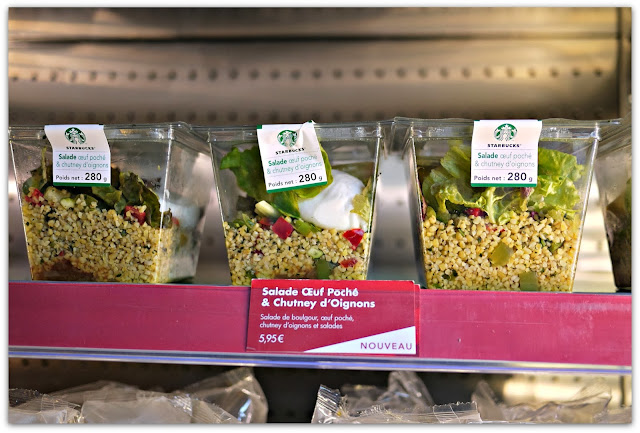