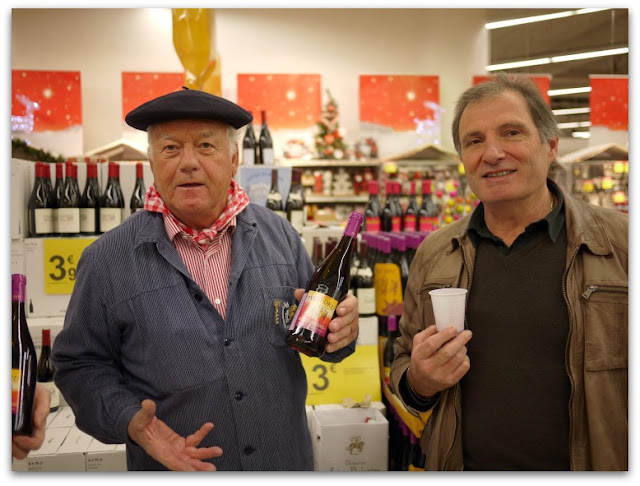 According to French tradition, every year on the 3rd Thursday of November the Beaujolais Nouveau  hits the store shelves and then the mouths of everyone here in France.
This morning I popped down to our local Carrefour Supermarché to take part in all the fun and I met the  friendly and charming people from the Château Le Père Lagrolle who had set up a large display of their Beaujolais Nouveau.  When I arrived they were mingling with customers and generally turning a small corner of the otherwise serene supermarket into a light-hearted festival with flying corks and generous cups of wine available to any one who happened to walk by.

The launch of the Beaujolais Nouveau is meant to celebrate the end of the growing season and as a way for vintners to calibrate what's happening with their wines early in the fermentation process.  I've always suspected as well, it's a way of bringing some much needed revenue to the Châteaux who produce them.
The Italians produce something similar called, Vino Novello and other wine producing regions of France produce their own versions although if they're not from Beaujolais and therefore not an AOC (Appellation d’Origine Contrôlée) they are called simply, Vin Nouveau. 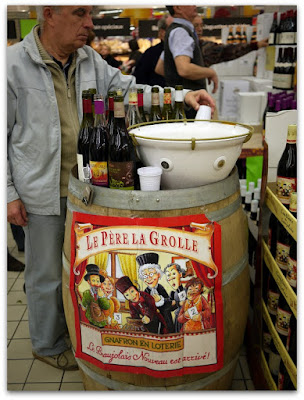 If you're a fan of Beaujolais Nouveau, you should  plan a trip to Beaujeau, the capital of the Beaujolais  region in the Rhone.  To celebrate the launch of the Beaujolais Nouveau they host a festival called Sarmentelles on the third Thursday of November.  The festival is named for the French word for branches, sarments, in this case cuttings from grapevine canes.
No celebration is complete without a big bonfire and piles of sarments are burned in the town square just before the corks are popped and the first glasses of wine are drunk at midnight.
If you've never had Beaujolais Nouveau before you should definitely give it a go but don't expect anything of substance, just lively, perky youthfulness.
It's best to remember the spirit in which it's offered:  as an unpretentious, light hearted and optimistic celebration of the end of the growing season. 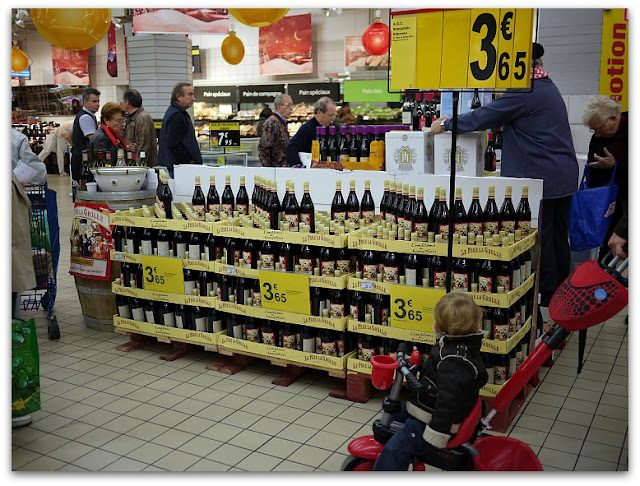 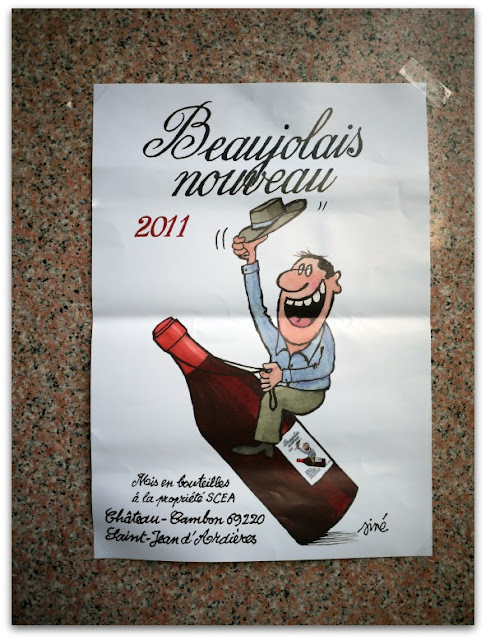 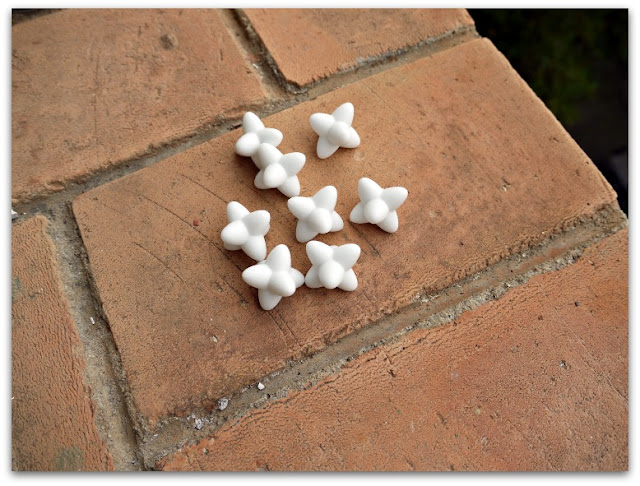 This Saturday morning, the market and surrounding shops in Menton were eerily quiet and it wasn't just because of the stormy weather which usually keeps the natives cowering indoors.
Everyone in town was crowded between the seaside and the pretty covered food market to take part in the ceremony to inaugurate the brand new Jean Cocteau Museum.
I dislike crowds so I saw this as a rare opportunity to visit a few of my favourite shops that are normally jam packed and impenetrable on Saturdays.
One of these is Geneviève Lethu, a high-end French kitchenware shop that always has interesting table ware, bake ware and beautiful Christmas decorations.  I never leave there empty handed even though I usually go there not really needing anything.
This morning was no exception and I found something fun, new, modern and practical:   a trivet, or more accurately, a trivet kit called Craggles by Swiss company, Zak! Designs. 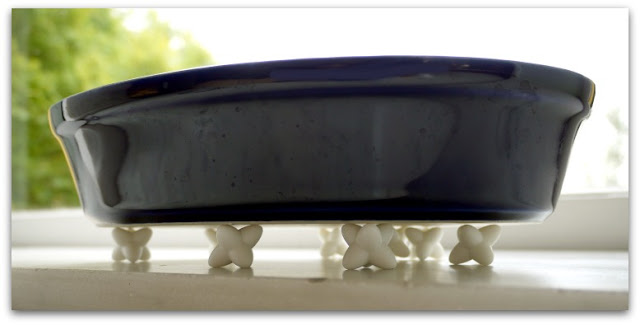 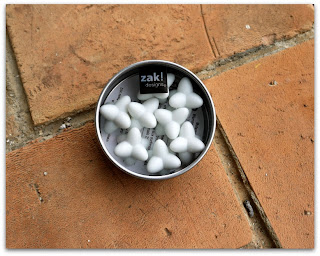 Enclosed in a little watch case about 3" wide, are 8 little white objects that look like bloated jacks. In fact, they are made of silicon, and each of them can support a weight of up to 1 kg and are safe up to a temperature of 220°C.
How chic and clever is that?  They take up practically no space at all, look great on the table, and can be used to reliably support any shape pot or pan.
I thought it fitting that I would find them on the same day that a unique, modern museum opened:  two old ideas, both with a beautiful new twist. 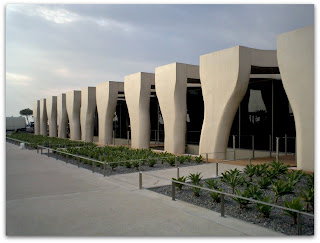 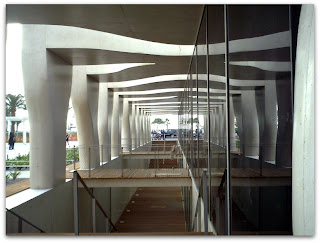 Espresso for the Coffee Conflicted 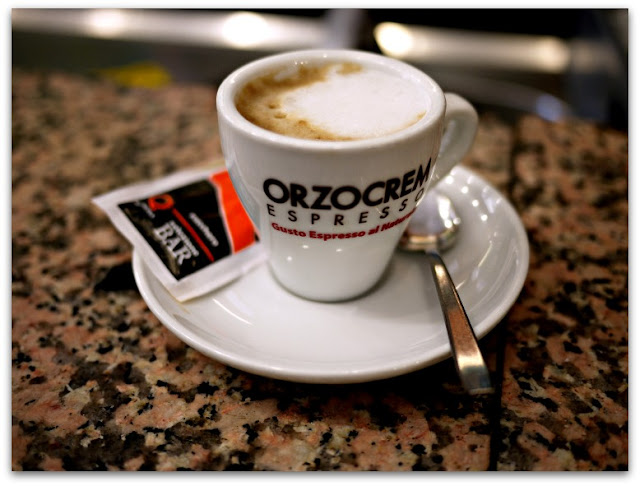 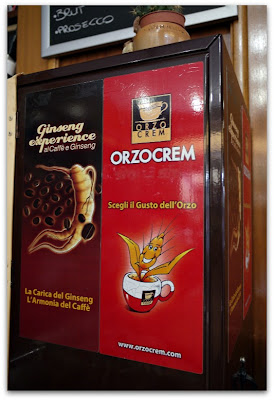 I don't drink coffee.  Ever.  Mind you, I love the aroma of coffee and I use it quite often in pastry and dessert making but I never, ever drink it.  So when I'm in Italy with my friends, and we're in a café and we're all standing al banco or at the bar, and they're tossing back espresso and looking cool, I want to be part of the fun too.  So I order a Caffè Orzo.

Orzo, quite simply, is toasted barley, ground as finely as espresso and processed in the same manner as an espresso. It has the same dark, rich, deep mellow flavour of coffee without a caffeine kick.  As with the best espresso, they should have a crema, or thin layer of creamy, rich foam that floats on the top.

Orzo reminds me a bit of Inka, a mixture of instant roasted barley, chicory and rye from Poland.  I used to drink it as a teenager and now with Orzo espresso, I get to experience the grown up, sophisticated version. 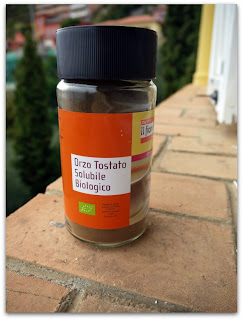 You can also find Orzo in an instant, freeze dried version to have at home and to use in baking.  I've tried quite a few and this one, Orzo Tostato Solubile Biologico is a very good one.  You can buy it at health food shops in Italy.

So it's a delicious "win win."  You get to enjoy a hot beverage and look cool like your friends at the same time.  Try it macchiato and with sugar for a real treat.

What more could you want?