Three of my Favourite Saints 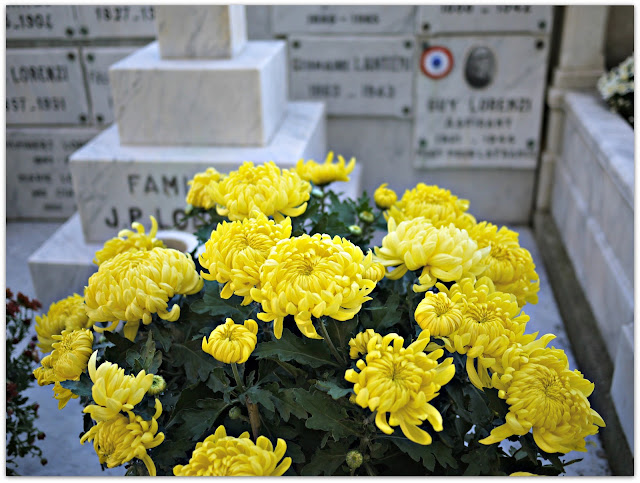 Today marks the second day of Toussaint in France or more formally, La Fête de Toussaint or "all saints day" when families traditionally visit cemeteries and place bouquets or pots of chrysanthemums on the graves of their dearly departed loved ones.  Not quite the same cheery, sugar-filled way we spend Halloween in North America but "to each his own" as they say!

November 1st is a public holiday in France but Toussaint officially lasts for two days and  since November 1st this year fell on a Thursday, many people "fait le pont" or took Friday off as well to create a 4-day long weekend. 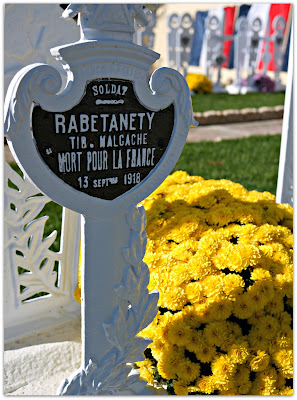 I remember when we first arrived in France and in the days leading up to Toussaint, I spotted inexpensive, lush pots of chrysanthemums for sale everywhere in the local markets.  They were so cheap that I bought 6 of them, lugged them home, and put them on either side of the path leading to our front door thinking they were quite pretty and a real bargain, being almost half the price of what they cost in Canada.


The next day, our neighbour from across the street, a devout Catholic woman who volunteered at the Basilica down the street, rang our doorbell, her face quite serious and sombre, and offered her condolences.  Our French wasn't that good at the time so we just smiled and thanked her for her visit but we really had no idea what she was talking about.

It wasn't until weeks later when we mentioned to a French friend about the strange interaction we'd had with our neighbour that she explained that in France, Chrysanthemums are laid on family graves and crypts during Toussaint.  Oops.  It dawned on us that our neighbour probably thought someone in our family had died!

Oh well.  We filed that under the first of our many expat faux pas!

Well, in the spirit of Toussaint,  here are three of my favourite saints:  St Honoré, Saint Michel, and Saint Agur.  All three are more than welcome in my trick or treat bag.  Boo! 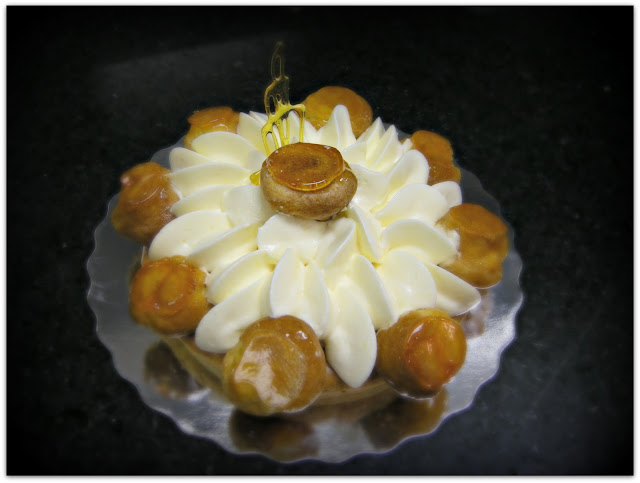 According to Larousse Gastronomy, The Gâteau St Honoré was created in Paris, of course, and is named in memory of St Honoré, now widely considered to be the the patron saint of Pâtissiers and Boulangères.

It starts with a rich base made of a firm flaky pastry (pâte brisée), topped with a coil of pâte a choux.  Attached on top of that are small, caramel dipped, cream filled balls of pâte a choux, and if that weren't fabulous enough, it's finished with pretty piped rows of crème chiboust or crème diplomat in between the little pâte a choux buns. There's even a special pastry tip called a St Honoré, made just for piping the wedge shaped cream points in between the little buns.  Some of the prettiest and skilfully made St Honoré are crowned with a ball of spun caramel.  As you can see, mine above is not!

It's a challenging cake to make because there are two different doughs involved and you need some experience and organizational skills to juggle some of the time sensitive processes like making the caramel and preparing the cream.  Perhaps it's more devil-like than saintly now that I think about it...

I can honestly say that in the end, it's worth the effort, and worth all the calories when it's made well.

In the spirit of the season, I think I'll make one next year with a pumpkin cream! 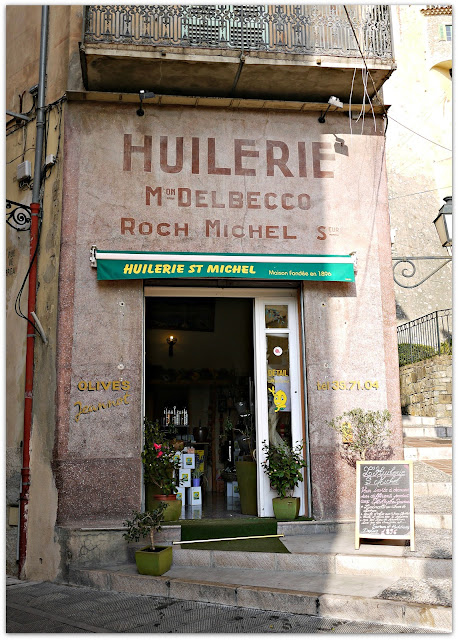 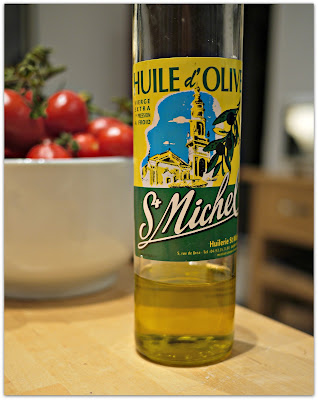 I love the sweet, fruity olive oil from the Huilerie St Michel in Menton.  Their olives are grown in nearby Aix en Provence where the growing conditions for olives are much better than in Menton.

I bought my first bottle of their oil 13 years ago and it's still one of my favourite French olive oils and for the quality, it's also remarkably inexpensive.

Something magical happens when it's combined with lemon juice and mild mustard to make a most simple and delicious salad dressing.
Every now and then, I spot their little company Smart Car zipping around Menton, covered in decals delivering olive oil to chefs around the region. 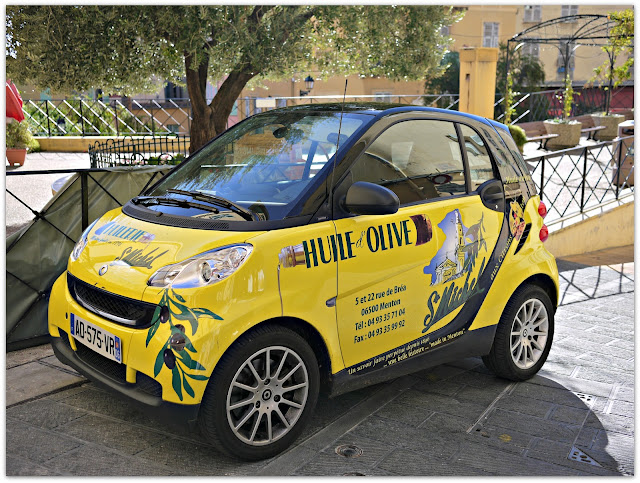 There are a few good reasons that this is my favourite blue cheese.  First, it's delicious and with a 60% butterfat content, it's very creamy.  Second, it's available almost everywhere, even in little neighbourhood corner stores throughout France.  I've bought it in Canada and seen it in Hong Kong and Tokyo. Third, it's frequently on sale for just a few euro. 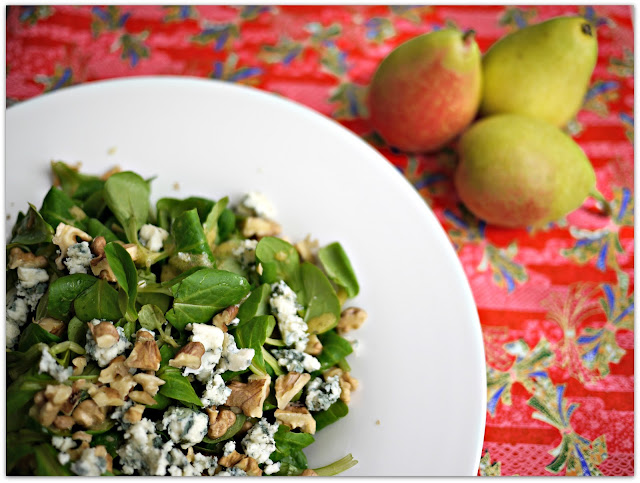 St Agur is made in the Auvergne so technically it's not a Roquefort, but this doesn't matter to me.  It's availability means that wherever I am in the world, I can fulfil my frequent cravings for one of my favourite salads, Mache with Roquefort and Walnuts.

Heeheehee! You got me! I was just about to look up the meanings of St. Honoré and St. Augur too... ;)