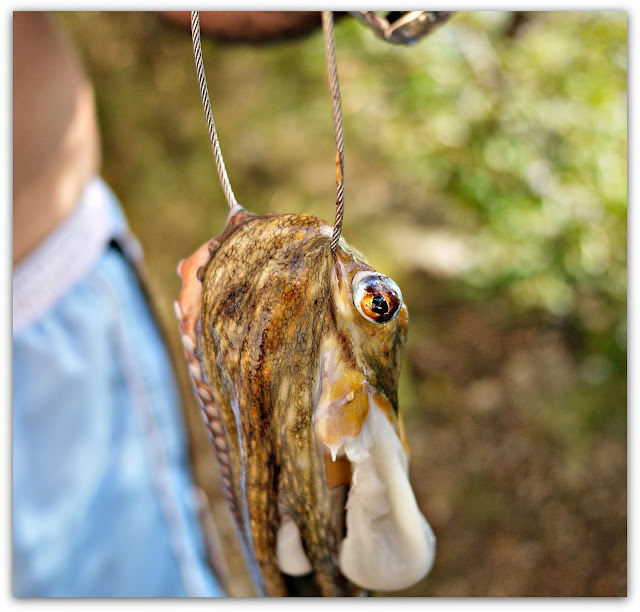 For all of its perceived sophistication, the Côte d'Azur has some remarkably peasant-like activities going on here and there. You'll spot them if you're paying attention and you know where to look.

For instance, one of our neighbours keeps a hen house with an annoying rooster that crows throughout the day starting at around 5AM.  We have yet to locate the little bugger.

Further inland, you'll still spot villagers with baskets heading into the woods to forage for wild mushrooms and  most mornings in the early Fall, I hear the "pop, pop, pop" of hunters shooting at wild boar in the hills surrounding us.

These modest pastimes are quite a contrast to those which generally speaking, occupy the moneyed set in nearby Monaco. They can be found swirling around the Casino Square foraging for trinkets at Chanel or Graff depending on their budgets.

Every now and then, we have little encounters that keep it all real and today we had one such encounter. 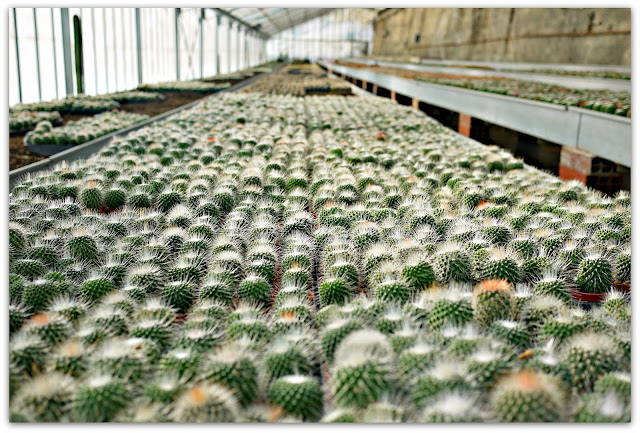 Hubby and I often hike in Italy from the mountains down to the sea on what we call "The Cactus Walk," so called because the middle part of the walk takes us along a narrow gravel path through a series of sprawling commercial greenhouses filled with little cacti. Before we discovered The Cactus Walk, I'd always wondered where all those little cacti came from! 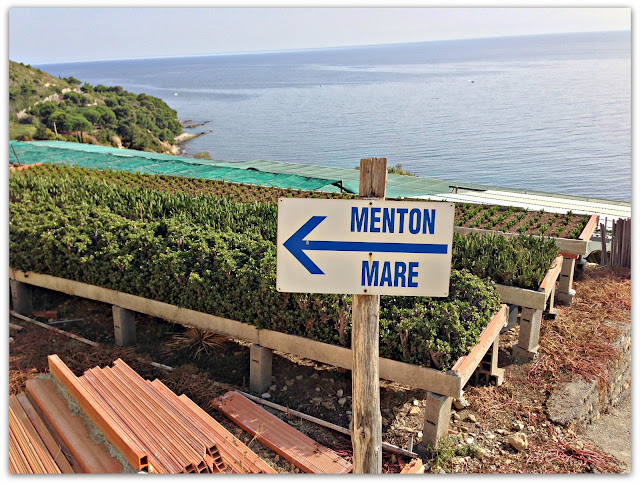 After passing through the greenhouses, we continue along a creaky, narrow, metal footpath clinging to one side of a steep valley.  When we're not clutching on to the guardrail for dear life and carefully watching where we're stepping, we sometimes pause and take a moment to marvel at how the valley has been gradually overtaken by morning glories over the past few years.

Next, we cross a little bridge over some railway tracks and connect with The Way of St James, a Christian Pilgrimage route dating back to the mid 11th century. Eventually, the path descends closer to the sea where there are rocks to climb on with pretty tide pools.  Further along is a charming little beach. Today was a holiday in Italy and France so the beach was busy with families and couples sunning themselves and paddling around in the calm water.

On the path beside the beach, we spotted a bare-footed man walking a few paces in front of us toting something on a stick.  His grey hair, tanned skin and proximity to the beach reminded me of one of Robert Capa photos of Picasso on the Côte d'Azur .  When we got closer we realized he had an octopus.

We stopped for a chat.

The man was Italian but luckily we were able to communicate with each other in French. 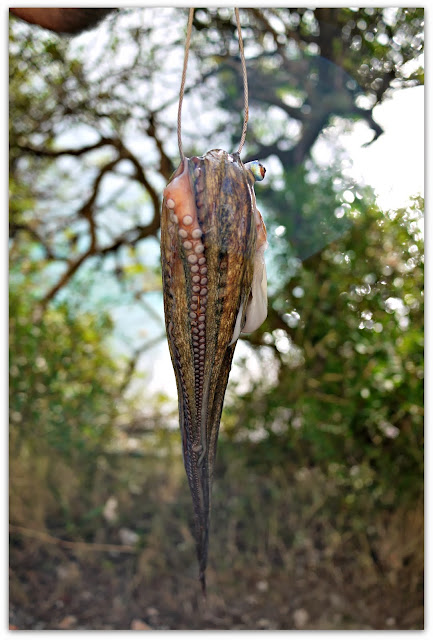 He told us that catching octopus was quite easy. He stood in the shallow water near the rocks on the sea shore, dipped in his hooked stick and scooped out dinner.

He'd been catching fish this way for 40 years but lately he's noticed how few fish there were. Octopus, he said, were still an easy catch.

When I asked him how he was going to prepare it, he said he'd ripen the octopus for a day or so to tenderize it and then serve it with potatoes and large Spanish beans.

If he wanted rosemary to season his dish, there was a big patch of it growing wild further along the path.  I'd grabbed branches of it just to take a sniff now and then.

Personally, I'd rather spend my time on the beach fishing like he does rather than a trip to Chanel any day.
Posted by Gustia at Friday, November 01, 2013

Email ThisBlogThis!Share to TwitterShare to FacebookShare to Pinterest
Labels: Italy

It is. We're lucky to have a place like that to hike just down the street.